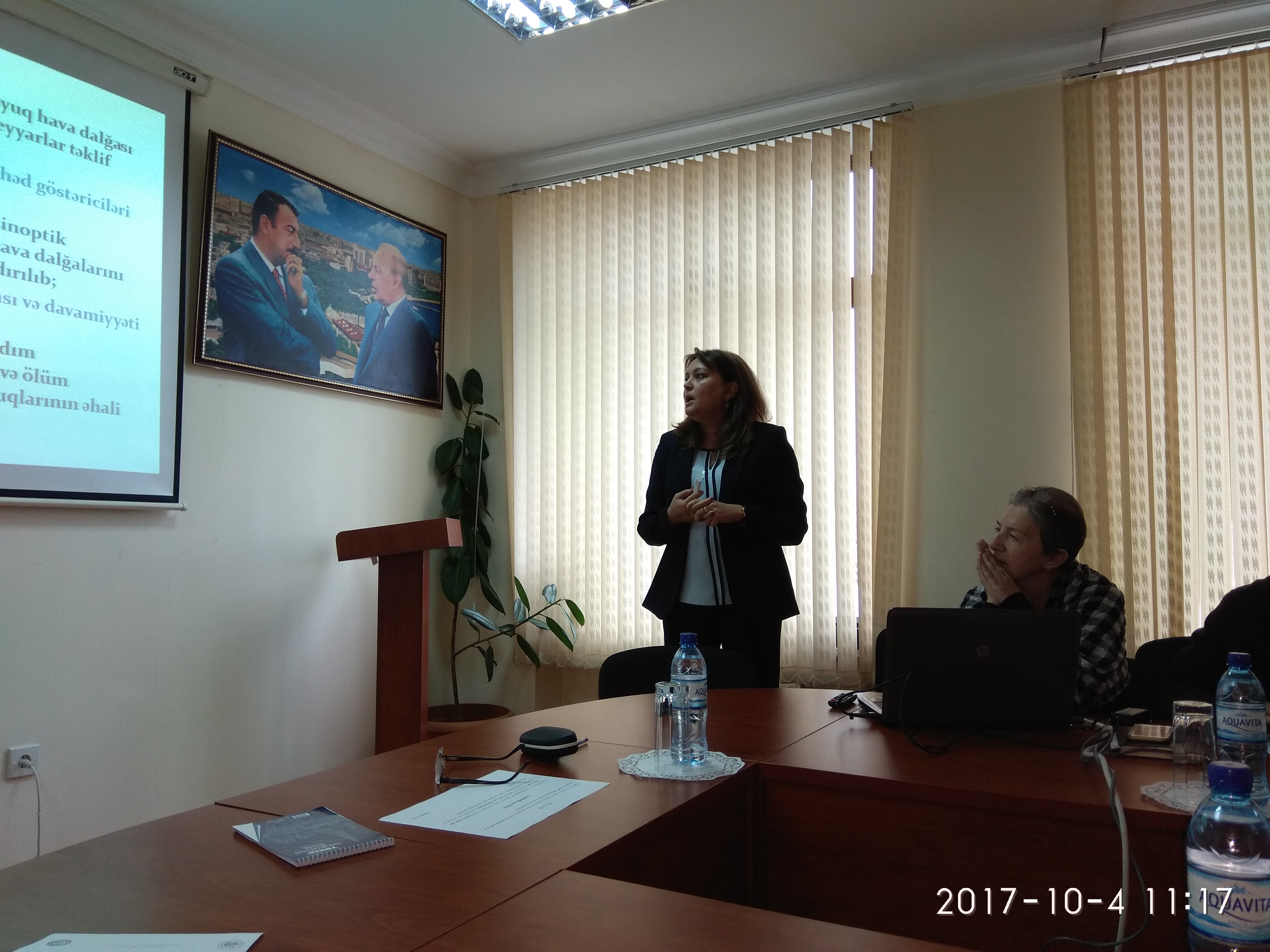 On October 4, at the regular meeting of the Sientific Seminar of the Institute of Geography named after acad. H.Aliyev of ANAS, Umayra Taghiyeva, leading scientific employee of the department of Climatology and agroclimatology made the report about “Study of cold waves in Absheron and the risks associated with them for the population”, prepared jointly with Jamila Akhmedova, scientific employee of the same department.

According to the studies, analysis of long-term meteorological data shows that the greatest number of negative values of the minimum air temperature is observed in February.

In general, in Baku, in winter, they can note a general decrease in the number of days with minimum air temperature below 0oC. The authors proposed criteria and defined threshold values for determining cold waves in Baku and Absheron. The types of atmospheric precesses that determine the cold waves, as well as the frequency and duration in Baku are revealed. It is noted that, there is a slight weakening in the frequency and duration of cold waves. In the period 1961-1990, the brightest process was observed in 1972, when 3 cold waves were recorded with a total duration of 41 days, the longest of which was 31 days.

In recent decades, the sharpest conditions were noted in 2012, but the process was not as intense as in 1972, with a total duration of 3 waves was 26 days, and the longest was observed during the 21st day.

Winter frosts in 1961-1990 were more severe and prolonged in comparison with the last decades.

At the same time, the effect of winter cold on the population of Baku was assessed.

It was revealed that, in addition to the general challenges, the greatest number of urgent aid with cardiovascular diseases coincide with winter period.