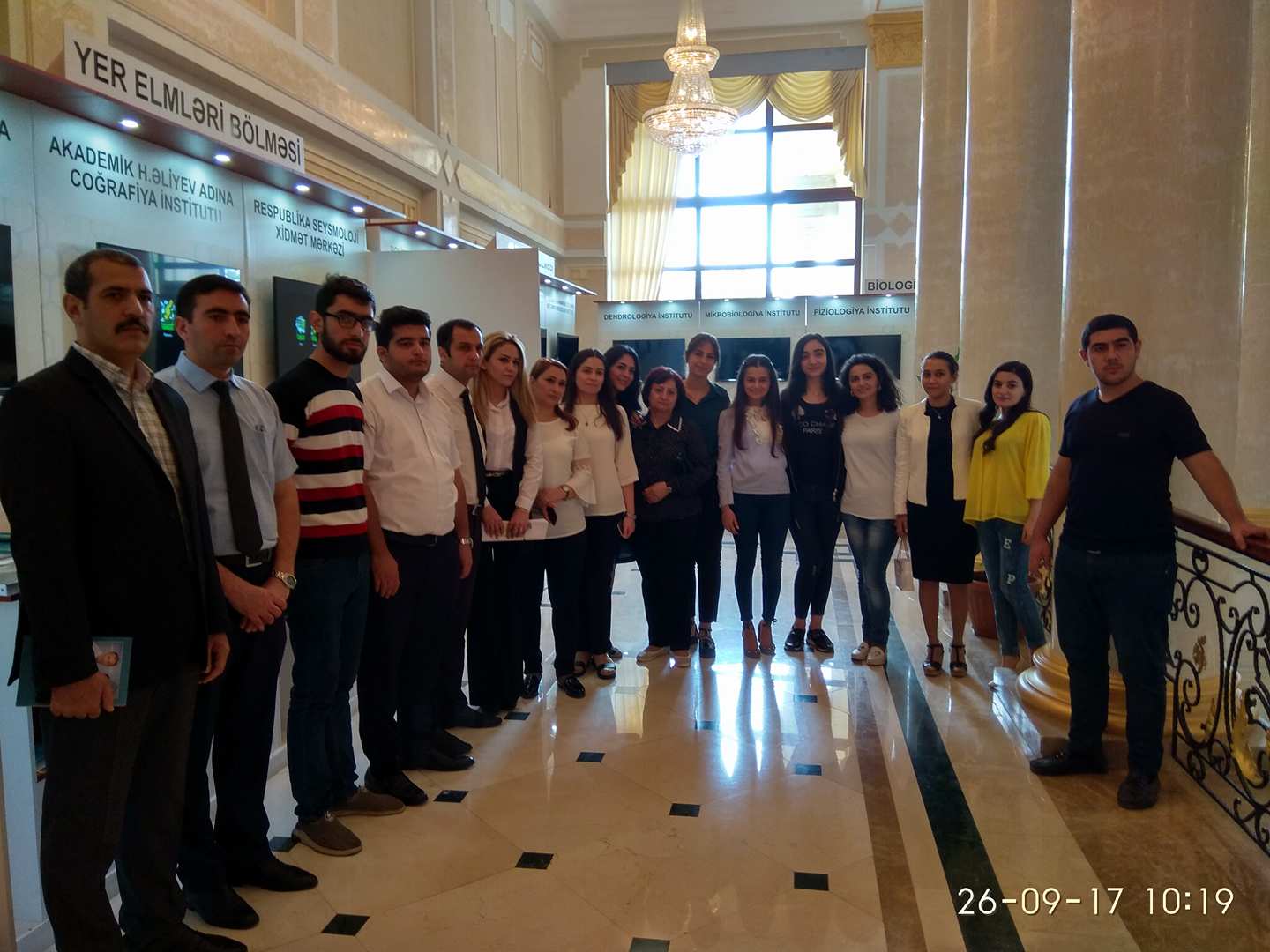 The meeting under the name “Place of Wikipedia in the geographic science” was held in the Institute of Geography named after acad. H. Aliyev of ANAS 2017-09-27 04:12:00 / EVENTS

September 26, at the Institute of Geography named after acad. H. Aliyev of ANAS, in connection with the “Month of Wikipedia in Geographic Science” in cooperation with the Public Association “Volunteers of Azerbaijan Wikipedia”.

At first, the meeting participants familiarized themselves with the exhibition reflecting the activities of the Institute.

Samira Alekperova, chairwoman of the Council of Young Scientists and specialists at the Institute of Geography named after acad. H. Aliyev of ANAS, spoke about the activities of the Institute.

The meeting continued in the conference room. Acad.Ramiz Mammadov opened the meeting with introductory speech and presented the agenda.

Chairman of the Public Association “Volunteers of Azerbaijan Wikipedia”, Elgun Ataliyev, spoke about the significance and role of Wikipedia. He expressed gratitude for the organization of this event in the Institute of Geography named after acad. H. Aliyev of ANAS.

Then Tarkhan Pashazade, administrator of Wikipedia of Azerbaijan, made a speech. He described in detail all the works in this field in other countries, where Wikipedia was widely disseminated.

Araz Yaguboglu touched on the issues of the 3 sections of Wikipedia, noting the valuable contribution of the Wikipedia figures of the Institute of Geography, which can serve as an example for other enterprises. He also touched on the problems, drawing the attention of those present to some errors.

Gunay Mammadova, head of the training sector of Central Scientific Library of ANAS, made a presentation. She explained the purpose of the trainings on the issue of “Placement of articles on Wikipedia”.

Further, the administrator of Azerbaijan Wikipedia Nihat Velizade made a report on the theme “What is Wikimania. Wikimania - 2017/ Montreal-Canada”. He told about the annual international conferences organized be the Wikimedia Foundation.

He expressed the desire that the scientific structures were more interested in the development of Wikipedia and provided their support.

Aida Aliyeva, employee of the Institute spoke about success projects, principles, users, of wiki group, whose leader she is, about posting articles. In her report, she reported 505 articles, in June 1576, July-August-2051, posted on Wikipedia, which, as a result, raised Az.viki to the 2nd stage of the rating.