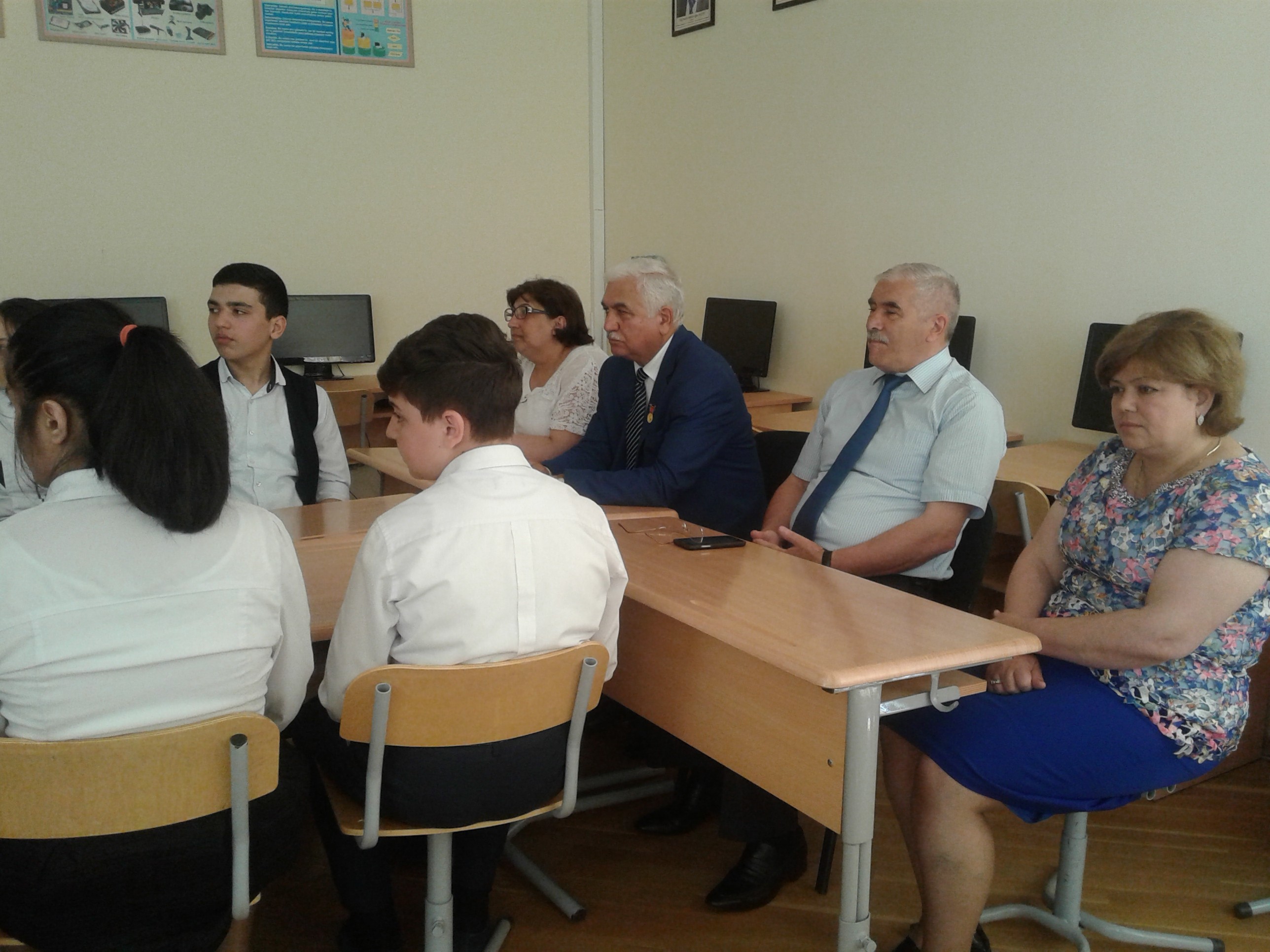 Deputy Director for Science of the Institute of Geography M.Hasanov, met with secondary schoolchildren 2017-06-01 17:44:00 / IMPORTANT EVENTS

May 31, Deputy Director for Science of the Institute of Geography, Maharram Hasanov, met with the most successful and interested students of high school of secondary school num 242 of Nizami District. The meeting was dedicated to the 110th anniversary of the birth of prominent scientist-geographer, academician Hasan Aliyev. M.Hasanov told the students about the life, scientific and social activities of the scientist. He noted his great role in the develipment of soil and geographical science.

Thanks to the academician, the activities of the Azerbaijan Society for the Protection of the Environment were improved. The main field of H.Aliyev’s research was the study of vegetation cover of the natural region of the Greater Caucasus.

His two-volume work “The land of the Major Caucasus” is of great scientific value. M.Hasanov especially emphasized the special attention of H.Aliyev to the question of greening the republic and creating artificial terraces on mountain slopes by planting drought—resistant tree species. Silviculture in Siyazan, Shabran, Shamakha, Zangilan, Jabail, Gekgel and other areas are connected with the name of H.Aliyev. At the end of the meeting,a video film prepared by the staff of the Institute of Geography was shown about the life and work of the great scientist, academician H.Aliyev.