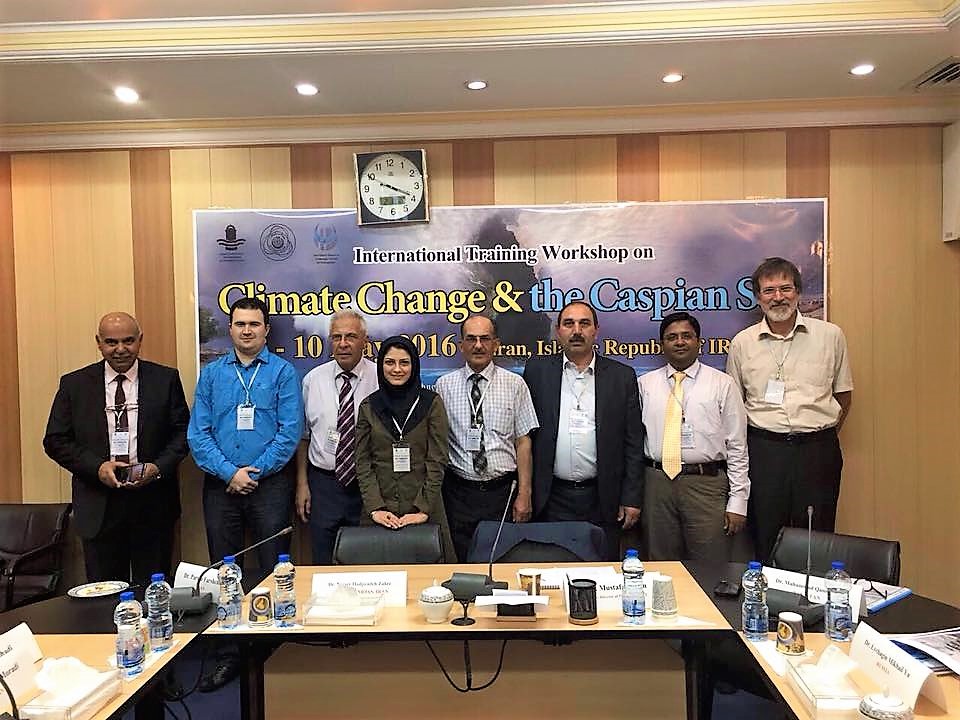 5-16 May, employees of the department of the “Caspian Sea problems” of the Institute of Geography named acad. H.A.Aliyev of ANAS visited the Islamic Republic of Iran with a scientific mission.

These were the leading researchers, PhDs Zabit Allahverdiyev, Nazim Ahmedov and researcher Elnur Safarov. They participated in an international training course organized by the international Network of Science and Marine Technology of the Islamic countries, as the continuation of the cooperation with this organization. The theme of the training was the “Impact of the climate change on the Caspian Sea”. The young scientist described the seasonal fluctuations of the Caspian Sea level, based on satellite altimetry data and studies on the impact on the sea level of global climatic indices and the distribution of time-space, held with the help of wavy model. He gave satisfactory answers to questions of the participants.

At the end participants were given certificates.