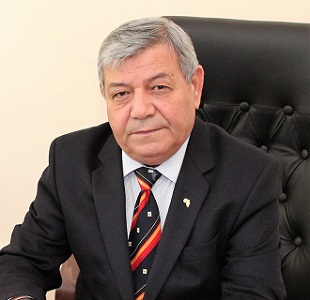 Canadian publishing house Sophia Publishing Group Inc. has published an electronic version of the atlas “Hydrometeorology of the Caspian Sea”, prepared by the academician Ramiz Mammadov, director of the Institute of Geography named Hasan Aliyev, and Dr Homayoun Hoshravan, head of department of the Center for Caspian Sea Studies.

In the introduction to the Atlas is given general information about the climatic features of the Caspian Sea and its basin, indicated the Date of the organization of the Caspian Sea research in the Azerbaijan Republic, reported details about researches institutes, state structures involved in this area of activities and others.

Despite the fact that these studies initiated recently in the Islamic Republic of Iran, they are expanding.

The Atlas consists of three chapters and 270 cards. The first chapter presents the geomorphological features of the coastal zone and the Caspian seabed, as well as the card. They also are commented.

The second chapter is devoted to the physical characteristics of the sea. Here are given details about flow, circulation, surface waves, water temperature, salinity, transparency, albedo and maps of other parameters, and comments to them. The problem of sea level, which is one of the main problems, has been reflected in this chapter.

The third chapter provides information on climate and meteorology of the Caspian Sea. Have been given the maps of air temperature, of humidity, clarity, cloud cover, wind speed direction and solar radiation, and heat zones.

Atlas is useful for agriculture employees and researchers around the world interested by the Caspian Sea.