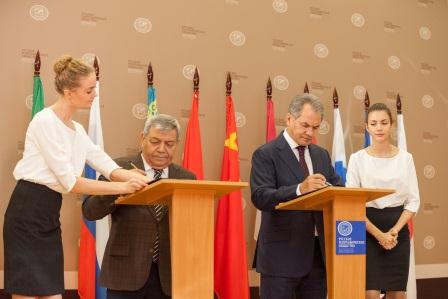 On October 31, 2014 in Moscow, an agreement on cooperation has been signed between the Azerbaijani and the Russian Geographical Societies.

This agreement will provide an opportunity to work together during researches and expeditions, to organize international meetings and conferences.

A funding of these works will be realized mainly with the help of the Fund created by the Board of Trustees.