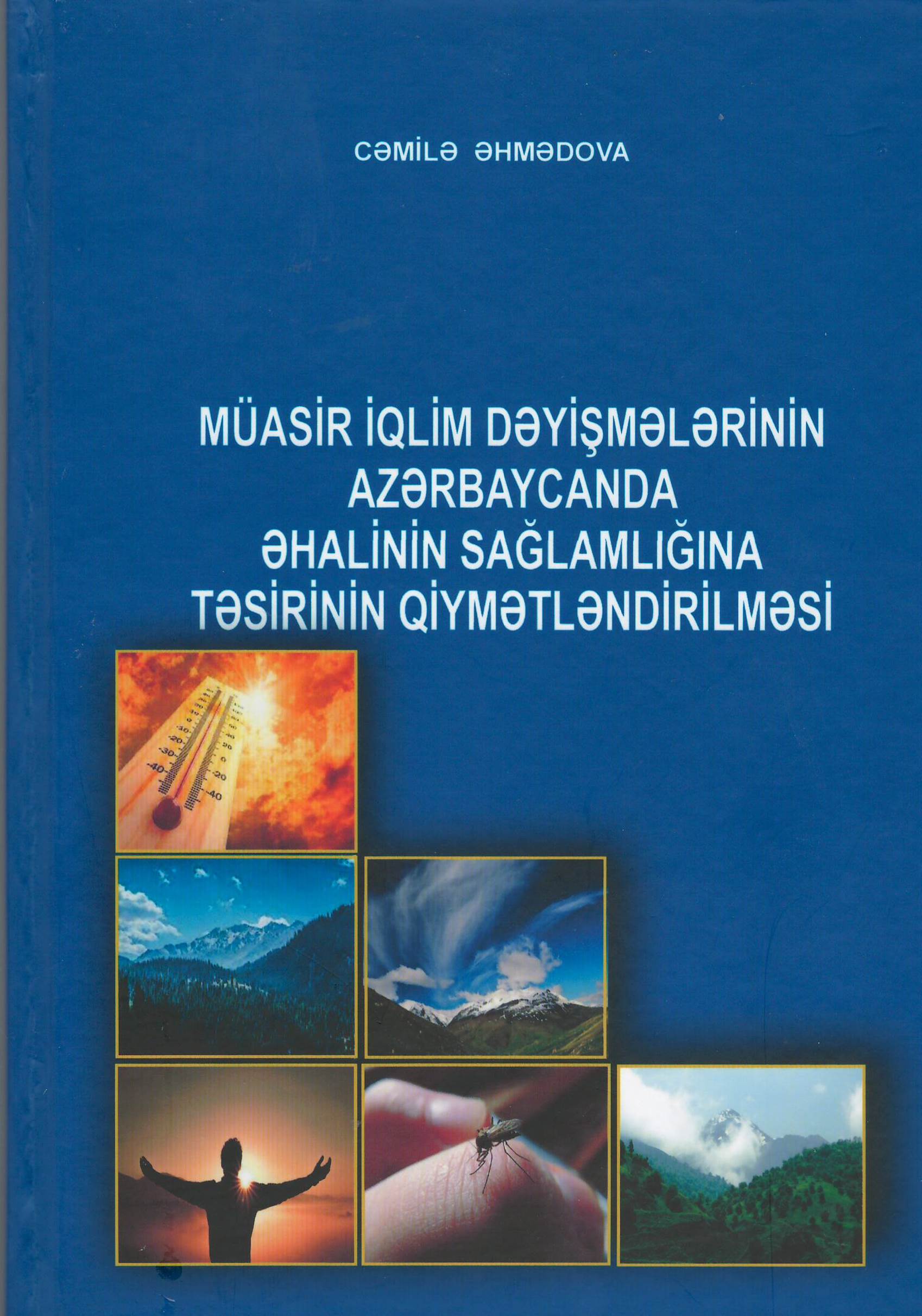 A book by a senior researcher at the Institute of Geography named after Academician H.A. Aliyev of ANAS Jamila Ahmedova "Assessment of the impact of modern climate change on the health of the population of Azerbaijan" was published.
The monograph, consisting of 4 chapters, examines the negative impact of extreme heat on the health of the urban population in connection with modern climate change, as well as climatic factors affecting the malaria epidemic in Azerbaijan in a hot climate. The strong heat and hot air waves on Absheron Peninsula, their impact on the health of the urban population and the increase in mortality were studied, the influence of malaria conditions and current climate change on the malaria season was studied, and preventive measures were developed to reduce and mitigate the expected risks of climate change.
The book is useful for those interested in this topic, research scientists, teachers and students, as well as specialists from specialized organizations that can help form a new direction in the field of biometeorology.